RTE viewers had the same complaint about the “yawn fest” mill renovation on The Great House Revival.

Gym manager Kelly and barber Paddy were gifted a patch of land in the small town of Dunleer, Co Louth by Paddy’s parents.

They plan a comfy newbuild, but hidden under a ball of ivy on site, they uncover a towering mill built in the 1830s.

It was missing every one of its 43 windows and most of its roof and floors, but these thirtysomethings saw beyond the ruination and set about converting it.

They faced the challenge of lockdowns, the threat of losing their mortgage, and camping out with their respective mammies during their first pregnancy and the birth of their daughter Caragh. 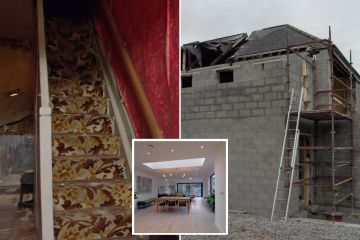 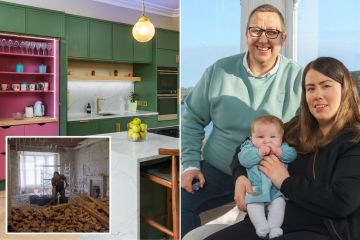 The lockdown of 2021 took its toll on the new family as they struggled to see the end of the project.

Kelly was emotional as she said: “We’re not homeless but technically we are.

“Just to have your own space like, you’re living at home. Our parents are great but it’s just taking its toll.

“You just feel like you’re never going to get finished.”

Paddy added: “It’s frustrating because we’re both living at home. My parents want me out. It’s not ideal.”

But the crisp, contemporary and comfy home they managed to create within the walls of a literal ruin made their struggles worthwhile.

However viewers felt that the over use of bright white paint on the walls and ceilings left a lot to be desired.

Joanne added: “Those windows are awful #GreatHouseRevival. In fact, what a dull house. Why get gorgeous panelling and then paint it all cream? The only bright spot was that downstairs bathroom.” 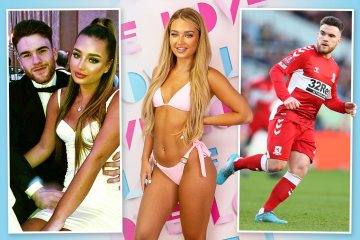 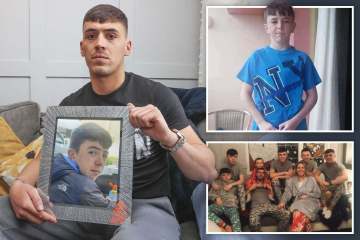